Greenland and Pearl (2017) [link] offer a fully graphical strategy based on “graph moralization” as a way to figure out conditioning strategies for causal identification problems using directed acyclic graphs (DAGs). I don’t see this presented as often as it should, given how powerful it is and, also, how incredibly easy and intuitive it is. The graph moralization approach is how I teach conditioning strategies using DAGs (e.g., [link]).

The graph moralization rules are as follows, quoting Greenland and Pearl:

In the spirit of the Crash Course, here’s another puzzle, brought to you by Ema Perkovic. Suppose you want to identify the total effect of a joint intervention of X1 and X2 on Y. Which variables should you include in you regression equation? U is unobserved. Quiz in next tweet. https://t.co/XFSYgozc3f pic.twitter.com/2Td7TeqXMl

We can apply the recipe outlined above. The DAG in the tweet represents the actual DGP. The target intervention graph needs to represent “a joint intervention of X1 and X2 on Y.” This would be as follows: 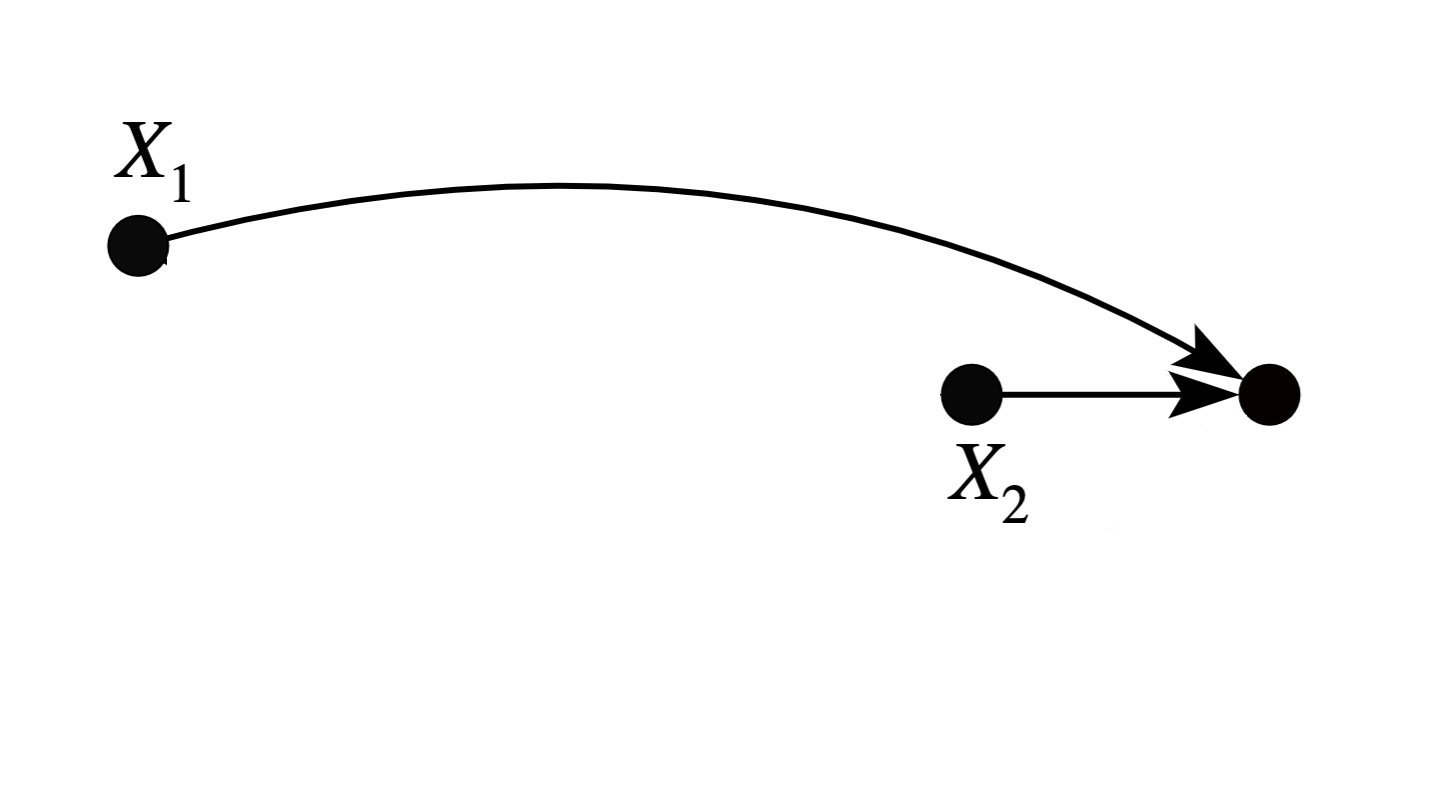 To see what happens when we condition on the available controls, we would apply the graph moralization rules. Conditioning on Z2 would require that we apply rules 1 and 3, yielding: 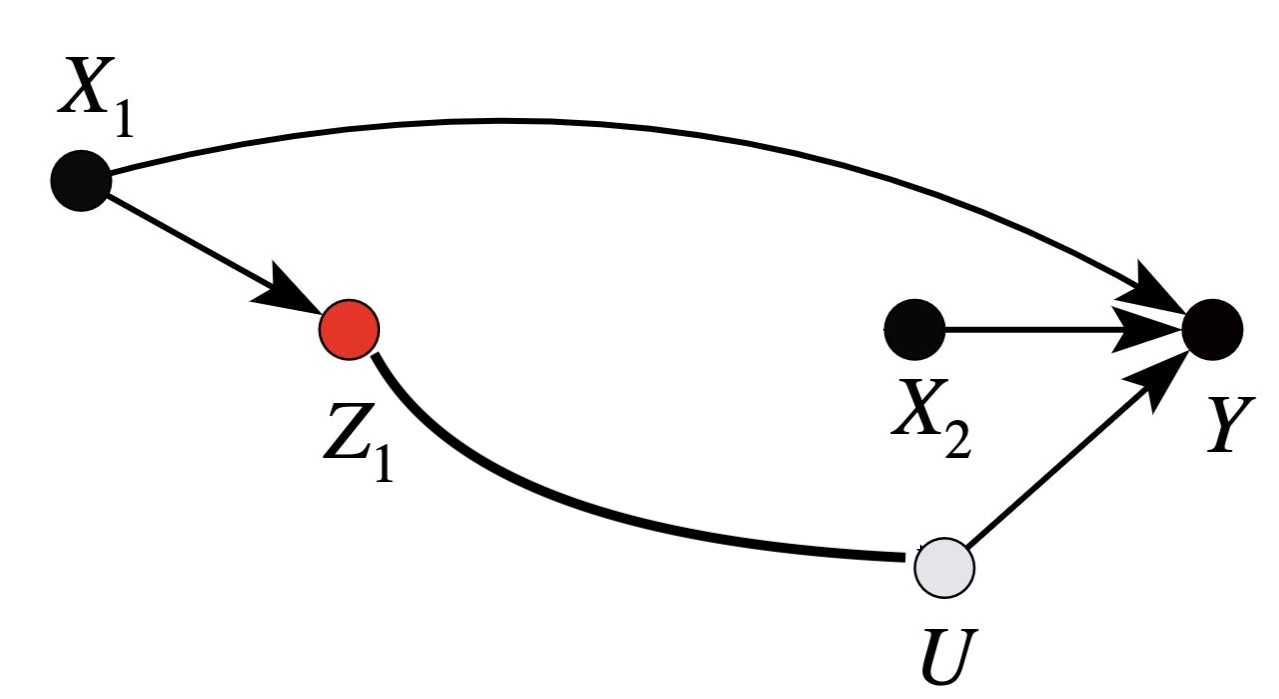 So we are not quite there with respect to our target graph. That said, the graph that results here is interesting, because it does capture a DGP that characterizes two conditionally independent effects of X1 and X2 on Y, and thus it does capture the effects of a joint intervention of X1 and X2 on Y in circumstances in which Z2 is held fixed. It’s just that the mediation pathway between X1 and Y is obscured relative to our target graph.

Conditioning only on Z1 (and not Z2) would require that we apply rule 3, yielding: 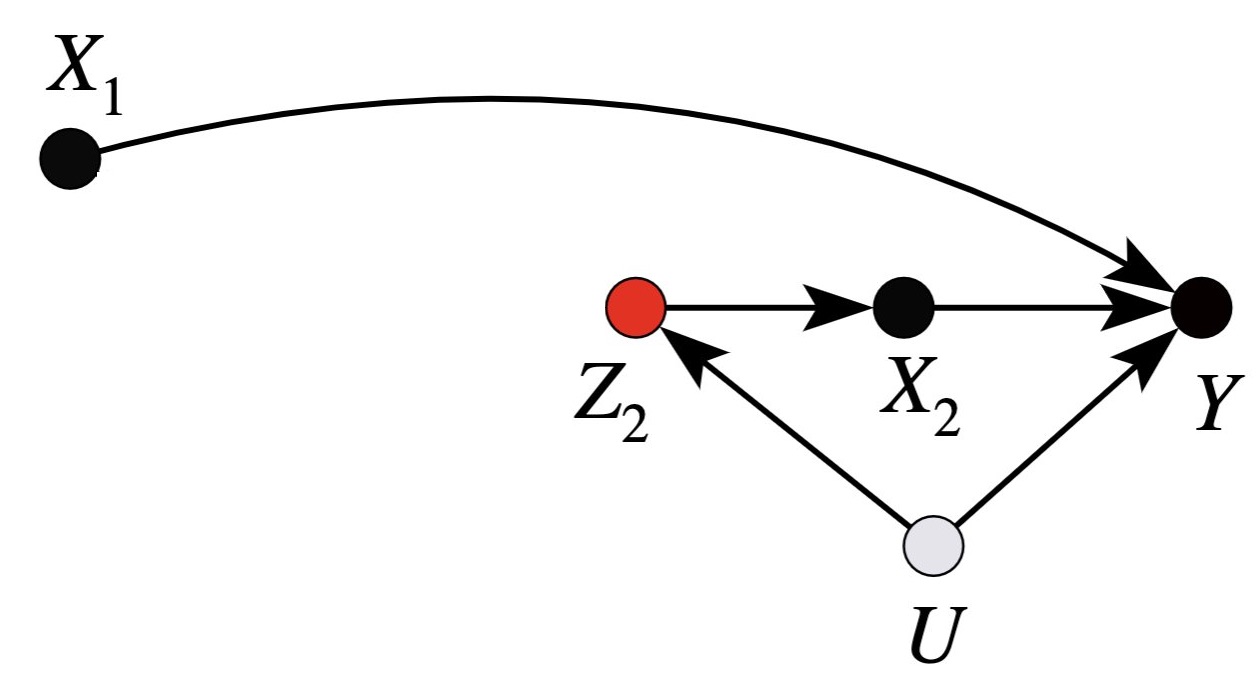 Conditioning on both Z1 and Z2 results in the following: 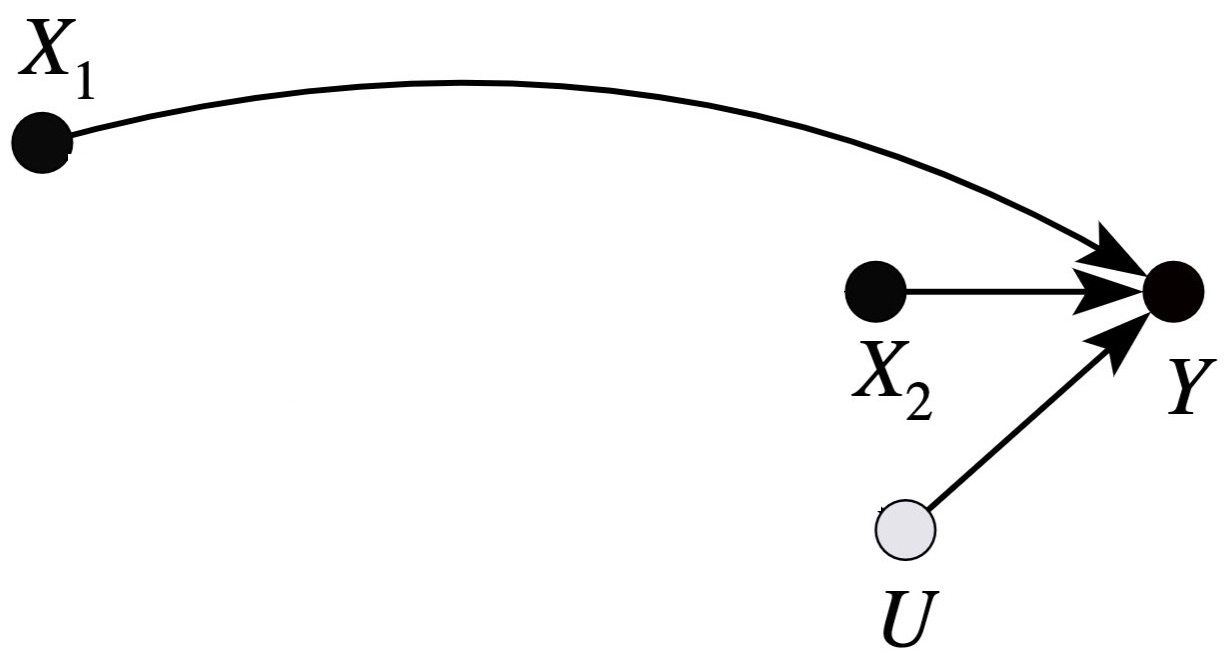 The variable U is exogenous, and so we can remove it from the graph. This gets us to our target intervention graph, and represents a solution to the problem. 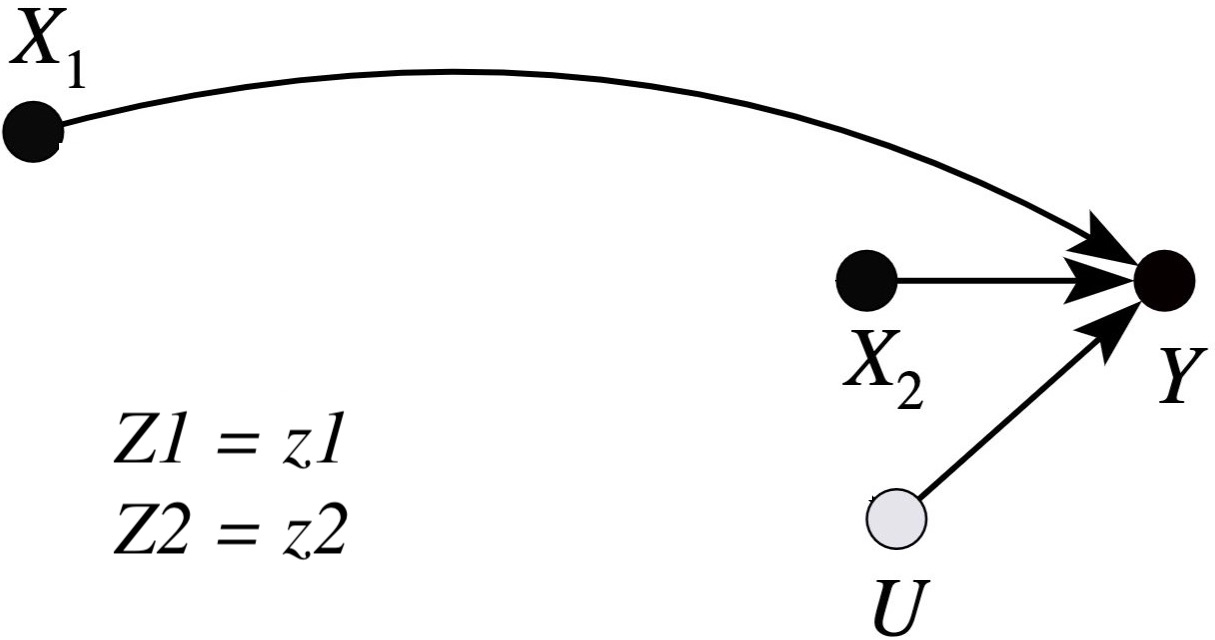 Writing out “Z1=z1, Z2=z2” by the graph makes it clear that these are conditional relationships on the actual DGP, and that marginalization (with respect to z1 and z2) would be needed to get from this to the effects that target intervention graph represents in the population.